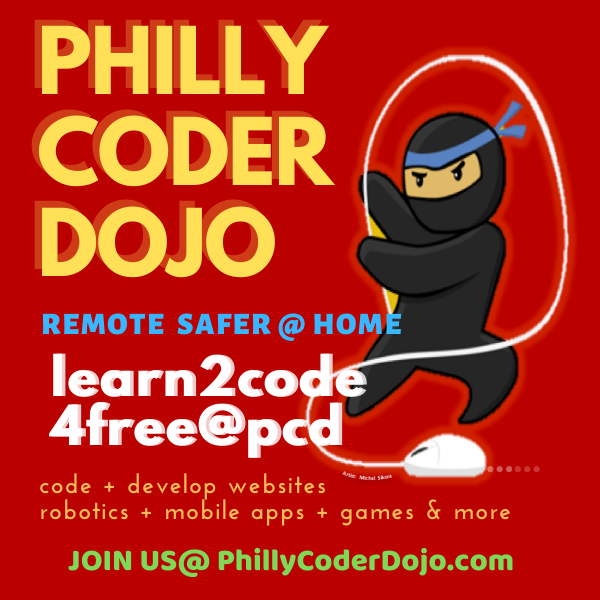 What is Philly CoderDojo? 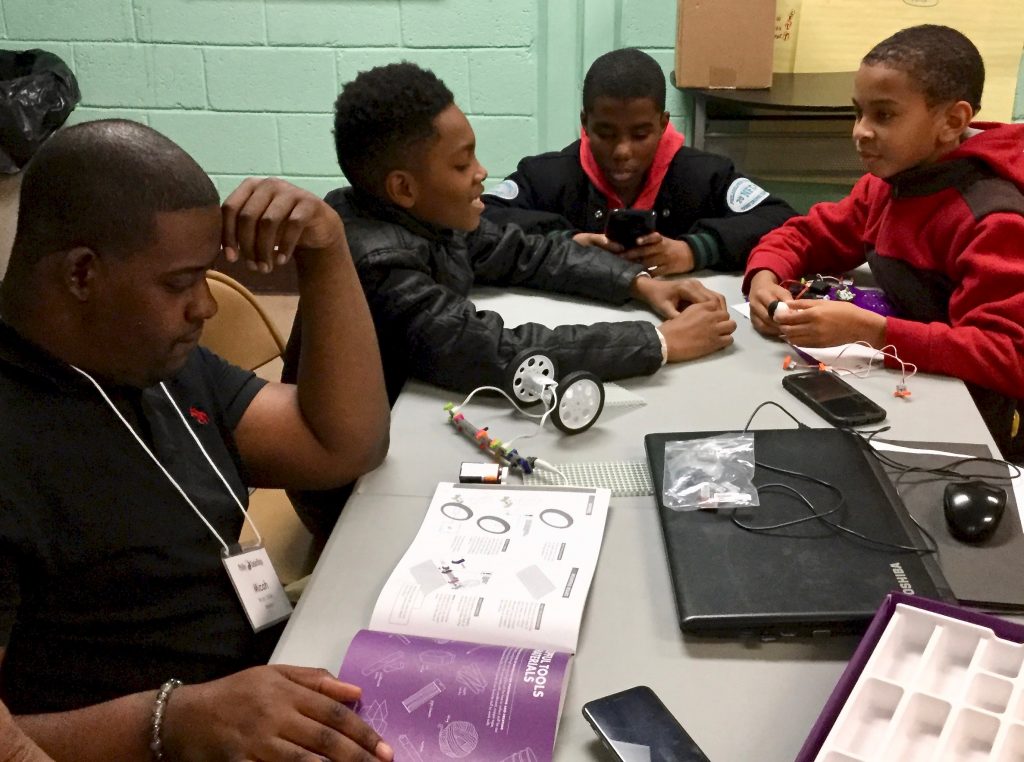 Philly CoderDojo was started as a local CoderDojo to serve students in Philadelphia and South Jersey areas. CoderDojo is an open source, volunteer led international movement of free computer programming clubs for young people. At Dojos, young people between 7 and 17 learn how to code, develop websites, apps, programs, games and more. Dojos are set up, run by and led by volunteer members of the community, for their local community.

College provides a pathway to high-paying jobs but only 1 in 3 adults achieve a bachelor’s degree (2015 US Census) leaving many youths unprepared to enter a highly skilled workforce that they can’t afford to become qualified for. A report from Burning Glass, a job market analytics firm, found that there were as many as 7 million job openings in 2015 in occupations that required coding skills. They also found that programming jobs overall are growing 12% faster than the market average. Technology skills and computational thinking are critical to promoting prosperity in the lives of youth especially those who come from low-income families.

Philly CoderDojo youth (ninjas) are developing coding expertise. Simultaneously they are being invited to attend science and technical fairs; engineering, design and robotics competitions; given opportunities for entrepreneurship by innovating and developing new technologies and exploring original design and ideas; engage in STEM internships and summer jobs; re-invest in their communities via design problem solving projects; visit and apply to technical-oriented high schools, college and universities giving them a cognitive and early professional advantage. 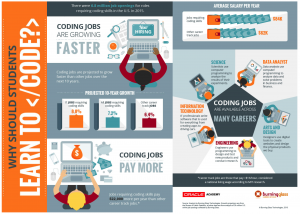 [3] October 2016 Left Out: The Status of Children in Philadelphia – Public Citizens for Children + Youth