Computer programming fascinates the young around the world, perhaps none more so than a group of Congolese children seeking refuge in Kampala, the Ugandan capital. There, Joel Bayubasire, a Congolese refugee himself, has established a branch of CoderDojo, where he teaches the kids how to create video games, movies, mobile apps, drawings, cartoons, websites, and a variety of other interesting things, both online and off-line, with tools like Scratch, HTML, CSS, JavaScript, WordPress, and AppInventor.

“My primary focus is to help these youth create new opportunities so they can have an equal chance to compete in today’s global, knowledge-based economy,” Bayubasire says. “We hosted our first session this April, and are training eight talented urban refugee children to be youth mentors for their peers. Our aim is to teach coding to younger people through CoderDojo in order to empower them to develop their digital skills.” 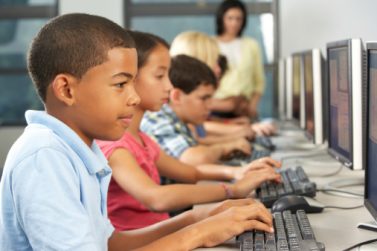 CoderDojo is a worldwide movement of free, volunteer-led programming clubs where children aged 7-17 can learn to code, build a website, create an app or game, and explore technology. Started in 2011 by James Whelton, an 18-year-old coder in Cork, Ireland, there are now more than 1,600 dojos in 75 countries, spanning the globe from Kampala to the Bethlehem Baptist Church in Philadelphia—often, with a goal to bring back in those who have been left out.

“Coding is very important in the 21st century, because if you do not learn computer programming, how can you use computers at work when you are an adult?,” says Niamh, a CoderDojo volunteer who began coding there as a nine-year-old. She is now a mentor in the CoderDojoGirls class in Ireland.

Bayubasire, who is studying for his PhD in Economics at Madison International Institute & Business School, comes from Bukavu, part of the Great Lakes region that has been hit hard by unrest in the Democratic Republic of the Congo. The refugees fleeing to Uganda for safety face new challenges, including poverty, unemployment, and homelessness. Uprooted from their native land, they also find it difficult to send their children to school.

CoderDojo has become a lifeline for these kids, teaching them the skills they need to one day become digital workers. “I believe that the mastery of computer coding allows talented young people to thrive professionally, and enables them to not only be consumers but creators of the interconnected world of today,” Bayubasire says.

CoderDojo is supported by organizations and philanthropists who “share vision of a world where every child has the opportunity to learn to code and be creative in a safe and social environment,” the organization says. Funders include the O’Sullivan Foundation, Salesforce.org and Microsoft.

For the displaced children in Kampala, that safe and social environment offers an opportunity that goes well beyond learning STEM skills. Yohei Yasukawa, a mentor in Tokyo, says that CoderDojo isn’t only about code. “It’s about providing a place that children can be inquisitive, and create things without fear of failure. They can be themselves.”

This article was shared by the son of the author, Philly CoderDojo (PCD) Technical Mentor, John Martin, who teaches computer programming languages like Scratch and Python to PCD coding ninjas. He’s an invaluable member of our team!

John Martin writes about technology, business, science, and general-interest topics. A former U.S. correspondent for The Economist (Science & Technology), he writes for the private sector, universities, and media, and can be reached at jm@jmagency.com.